To her team, Aaleya Turner is adaptive. To those around her, she is determined. To herself, she is proud.

Pinpointing her pride is simple for the 18-year-old Kaurna woman from the south of Port Noarlunga, South Australia.

“I’m proud of it all,” Turner explained. “To be proud is to be confident, in yourself, in your culture, in your knowledge and all the stuff in between.”

Turner first gripped a netball at the age of five. Like most advantageous athletes, she progressed from her local club in Noarlunga to the city league in Adelaide.

“Woods Panthers Netball Club was where I first really started to like netball,” Turner said.

“I was in Division 4 and wasn’t very good, but from the coaching environment I just started to get better.”

Whilst playing at club level introduced new opportunities to Turner, the South Australian Nunga Netball Carnival evoked a newfound love of the game.

The December carnival, annually organised by Vanessa Dempsey and Netball South Australia, sees First Nations netballers from all over South Australia compete and celebrate traditional cultures of the land with each area being represented.

“It’s not really about competition, it’s more about getting together, playing the game we love and celebrating culture,” Turner said.

“All of our dresses had their designs and meanings, just like First Nations rounds in Australian sport; each with their own story about the land.”

The Kaurna land stretches from Cape Jervis to Crystal Brook, from the Spencer Gulf to the Adelaide Hills.

Turner’s involvement in the event spanned several years and resulted in her selection in the South Australian state Nunga team, exposing her to the national talent of First Nations netballers.

“The talent at this carnival was unbelievable,” she said. “It was that high, elite competition that encouraged me to want to take the next step."

Throughout 2020, Turner received a scholarship with South Australian Sports Institute (SASI) netball program and was subsequently selected for the national and state 17 and Under Squads, representing South Australia.

Her netball pathway continued throughout 2020 and 2021 in spite of COVID-19 implications on netball.

April of this year, Turner returned to national netball competition with the 19/U South Australian team at the 2022 National Netball Championships.

The team placed second overall after a thrilling Grand Final against Netball NSW. Turner unfortunately suffered an injury to her achilles in the last five minutes of the semi final.

“To be honest, I didn’t think it was going to go ahead,” Turner admitted. “Once I was there, the adrenaline was amazing.”

For Turner, the championships held cultural significance as she took part in the pilot of a First Nations mentoring program working closely with Queensland Firebirds player and program initiator Jemma Mi Mi.

“As Indigenous players, we worked with Jemma Mi Mi and had online sessions with all the other athletes attending Nationals.

“Going into a national competition, you know the girls from your state but not necessarily those from other states or territories, so the experience with Jemma helped us with that.”

Mi Mi met with the participating athletes online in the weeks ahead of the competition, creating an open dialogue.

“We discussed things around mentally and physically preparing for a national competition, what nutrition we can do, what we do on the ground, how we can recover; things of that nature.

“She really built the connection by making us comfortable and giving us the option to not answer something if we chose not to.

“The second meeting was a one-on-one between Jemma and me. It wasn’t an interview; it was a conversation. This was really good just to have someone to talk to.

“It’s a rewarding experience because you know she’s gone through everything we’re going through now. She’s been through the pathway, and it gives you hope. Especially her being Indigenous and in the Suncorp Super Netball, it just makes me proud.”

The Suncorp Super Netball League will launch its First Nations Round this Saturday in Round 12 of the 2022 season.

Celebrated across Rounds 12 and 13, this year’s round focuses on raising awareness, celebrating and understanding the contributions of Aboriginal and Torres Strait Islander peoples to netball and the nation – something Turner does herself. 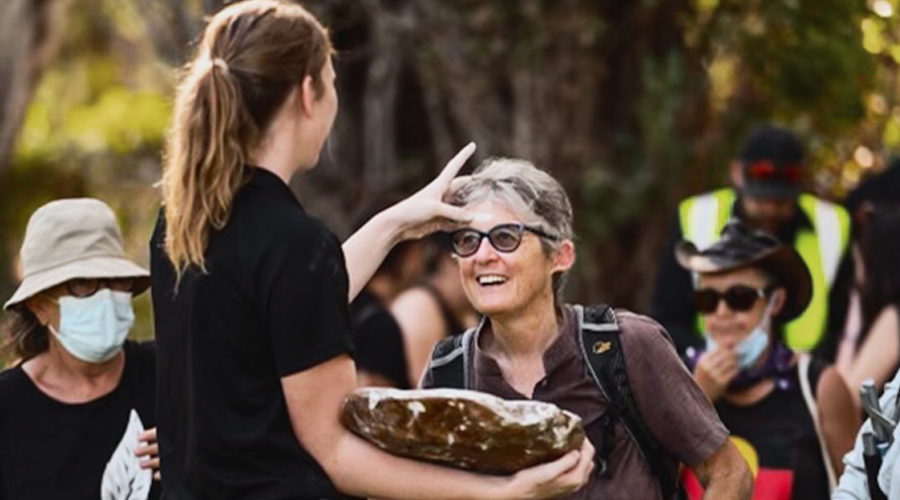 Through immersive tours, art classes and other educational sessions, Turner has assisted in educating where possible.

“I feel that’s how I give my understanding and knowledge to other people,” she said.

“Likewise in my environment at Matrics Netball Club, they don’t know much about the culture of the land, so bringing it in through discussion informs and gives an idea of the meaning so that they can gain respect.”

Turner likened her connection between culture and netball to that of the Suncorp Super Netball League.

“It is important to have a round or event like First Nations Round to educate the upcoming generations and the people who aren’t yet aware of all of this.

“Heaps of people around Australia watch sport, so bringing this First Nations Round into netball educates supporters to inform them about First Nations culture, how the land was first founded.

“It’s not only Suncorp Super Netball doing the First Nations Round, but also my club environment and the South Australian Premier League, and the local football. Everyone is trying to educate.

“It would also be fantastic to get more Aboriginal players participating in Suncorp Super Netball, because there is certainly enough talent out there in the communities.”

Turner is in the right direction to be one of these athletes. Last month she was selected in the 2022-23 Australian 19/U squad, continuing her development through the national pathways.

“Not many people are at a high level of sport and Indigenous,” Turner said. “All my younger cousins see me playing and look up to me which makes me proud that I can show the cross-over.

“My hope is to get contracted to a Suncorp Super Netball club and follow the pathway to one day become a Diamond.

“But aside from the netball career, my hope is to just be a role model - role model for my cousins, younger netballers and kids. Our generation looks up to the current names in the big leagues, and one day it would be rewarding to know I’m being looked up to too.”