As the 2020 netball calendar concludes for the year, the Netball NT Pathways team finished on a high, conducting Academy Development Programs in Alice springs and Darwin, with the aim of developing our emerging athlete’s skill sets.

“These athletes have been part of player pathway programs since they were set up in October and have been training weekly since then, with some athletes joining us from as far as Gove”. Said Netball NT Pathways Manager, Penny Shearer.

“We are very fortunate to have support from Netball Queensland and the NTIS which brings a fresh perspective and additional guidance to each of the sessions”. Stated Shearer.

The athletes were also privileged to have Sunshine Coast Lightning Players, Peace Proscovia and Laura Scherian, work closely with them sharing their skills and knowledge.

“It’s important to develop the young generations because the future really belongs to them.” Proscovia told 9 News.

The program not only gives the emerging athletes an opportunity to grow but also an opportunity for coaches to advance their skills. Netball NT awarded four coaches with intermediate accreditation during the clinics – Eddie Shearer, Rachel Thomson, Rachelle Tinning & Tammie Rooney. 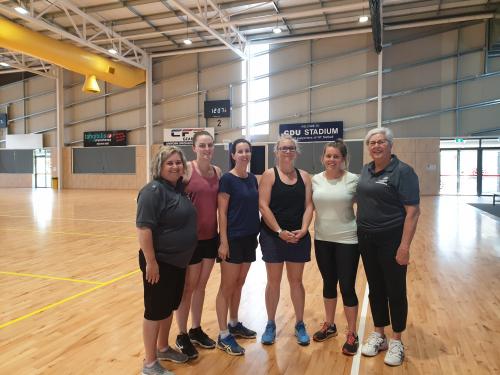 “These programmes are an integral part of the development of our up-and-coming athletes. Being a regional state, programmes like this are important in ensuring the athletes are given as many opportunities as possible to develop their netball careers” stated Shearer.

Netball NT hopes to see the programme return in 2021.

2021 Australia 21 and Under Squad announced

Netball Australia CEO to depart at the end of 2020